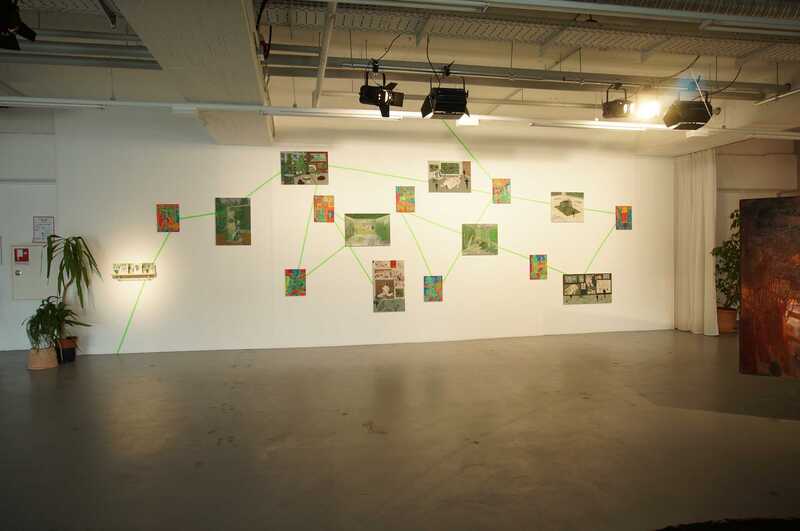 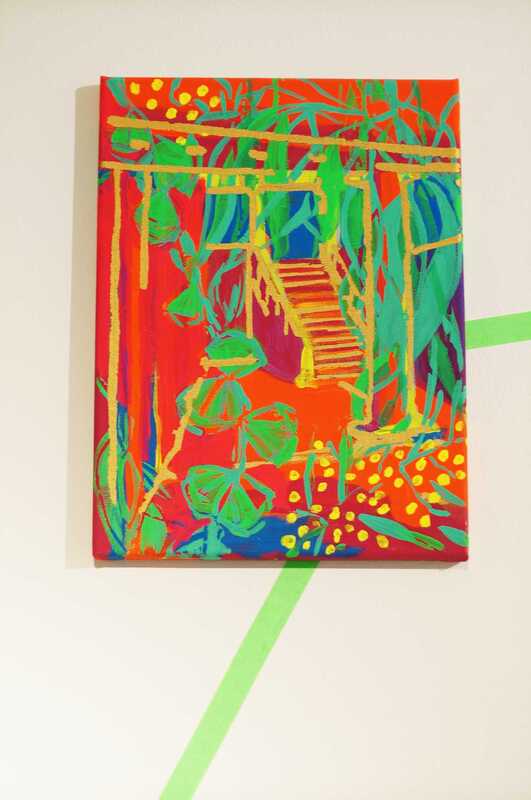 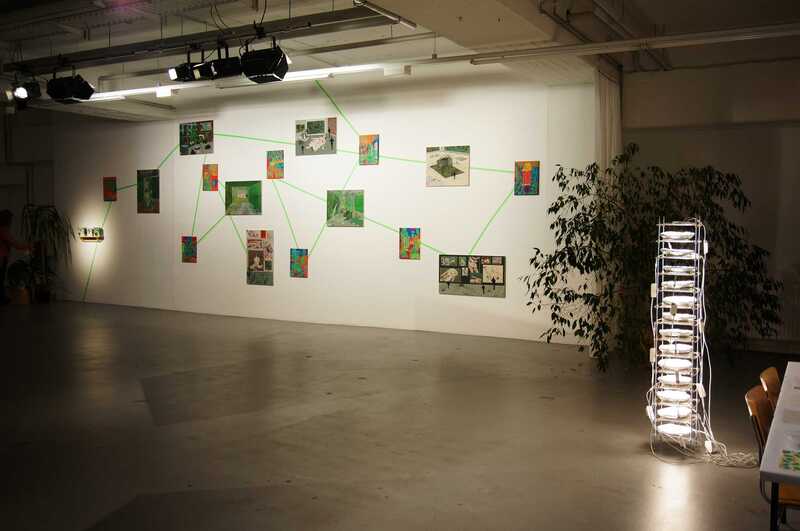 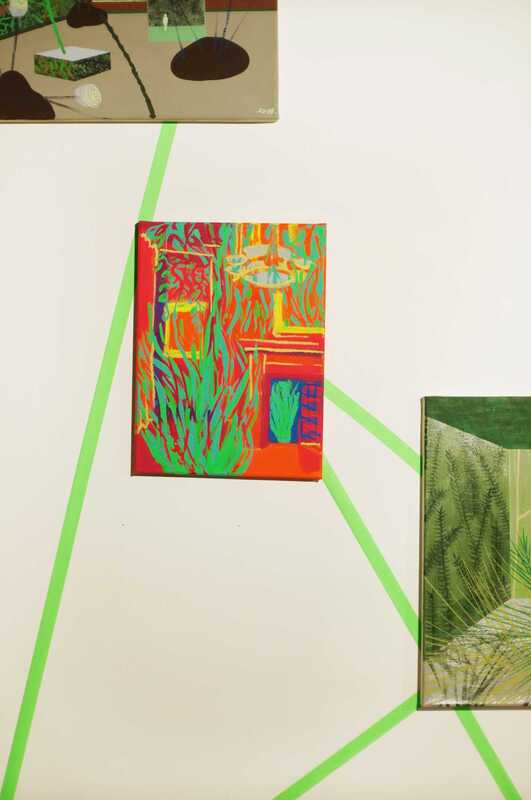 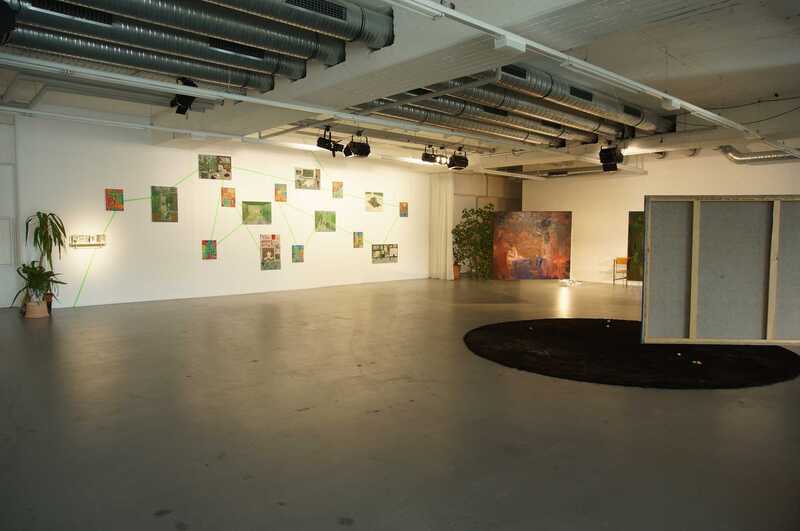 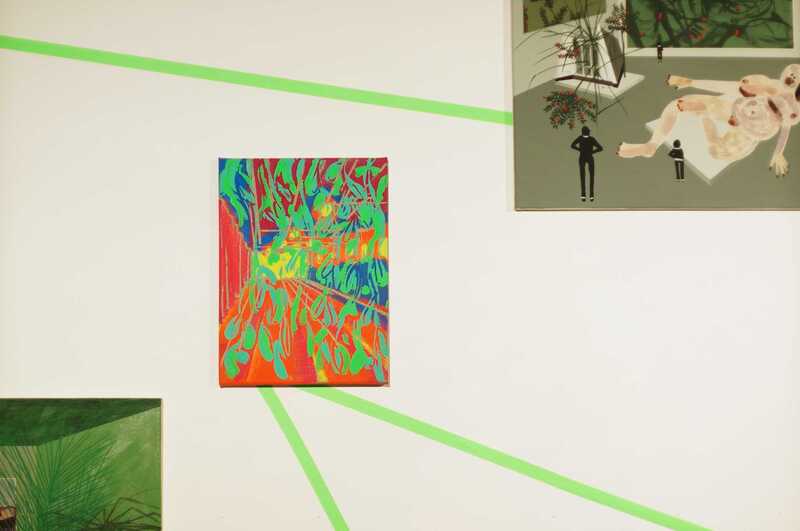 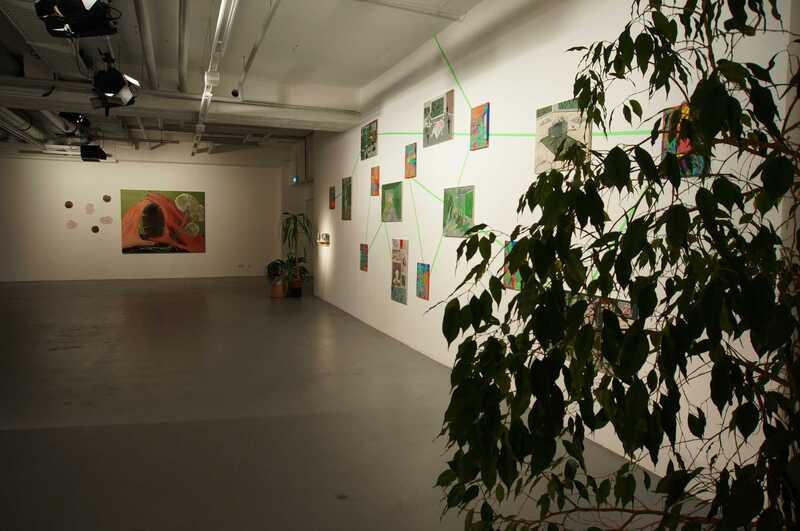 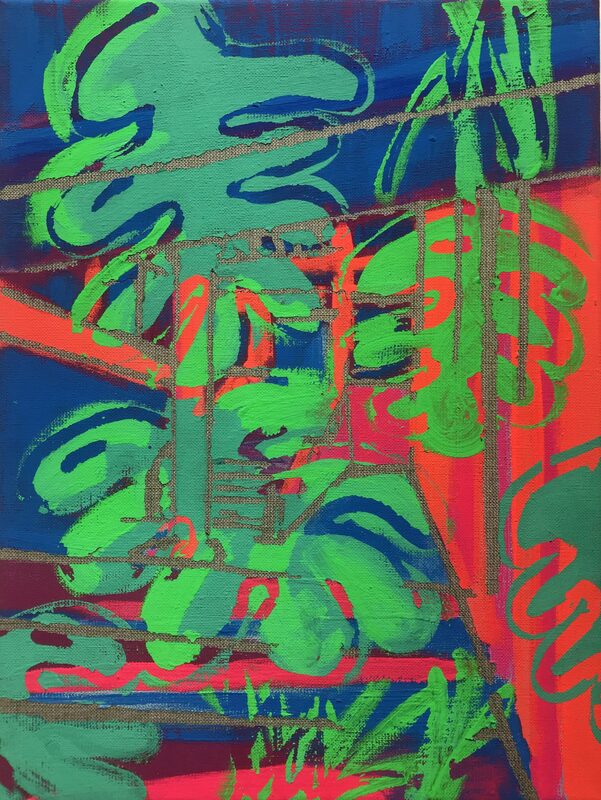 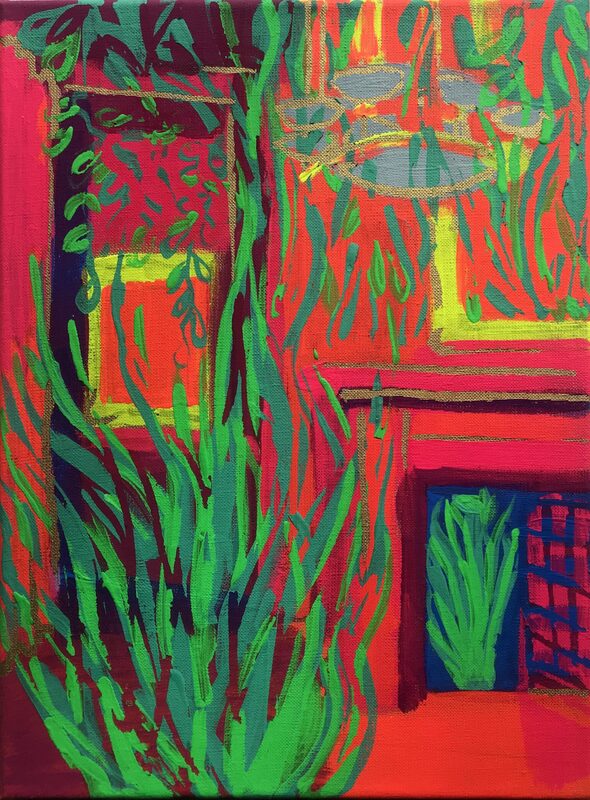 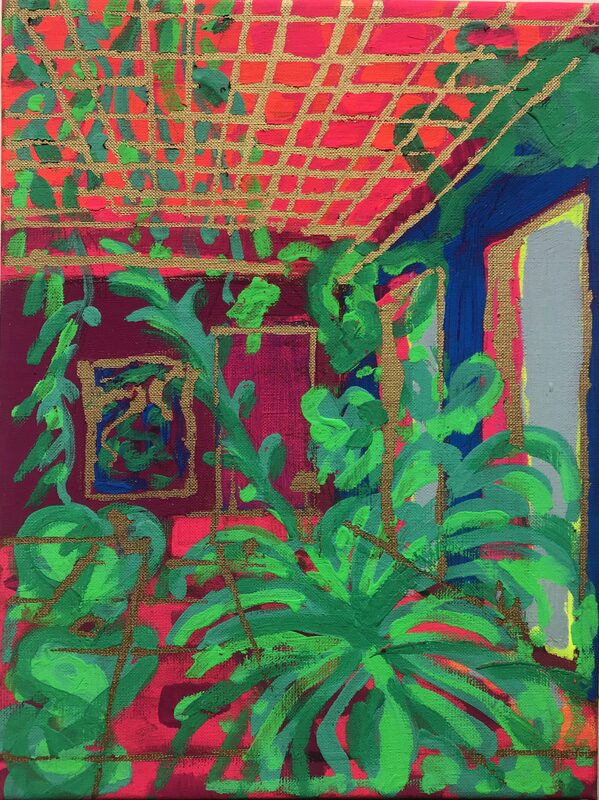 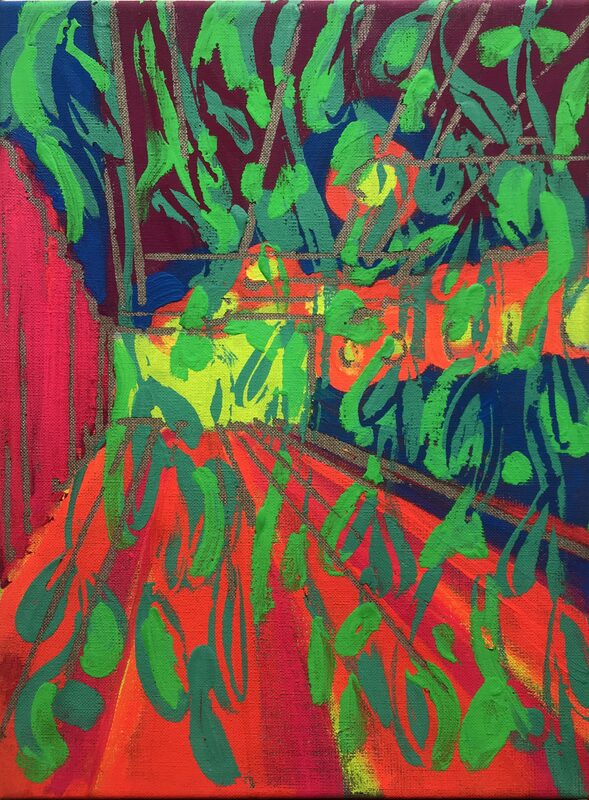 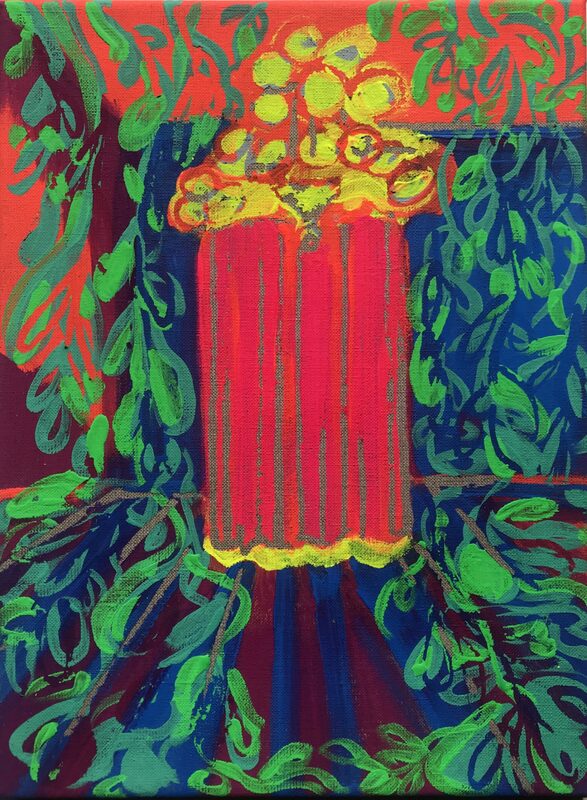 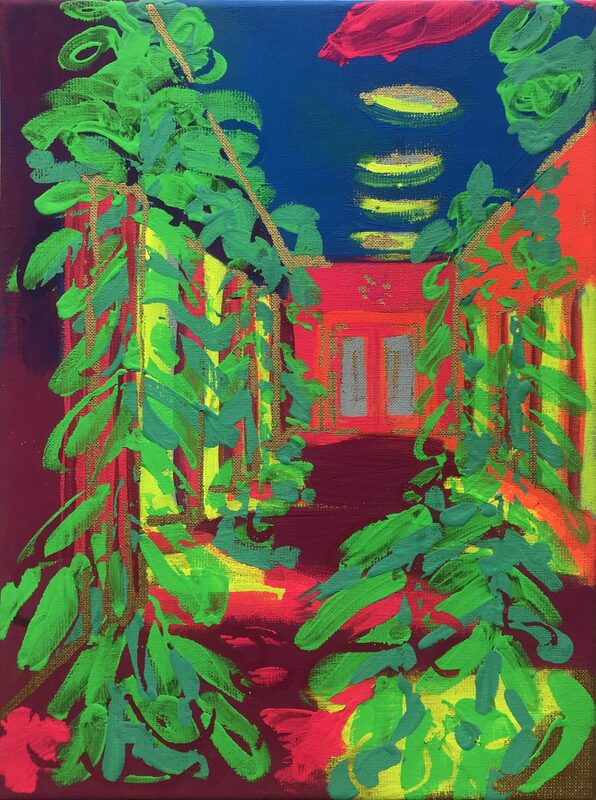 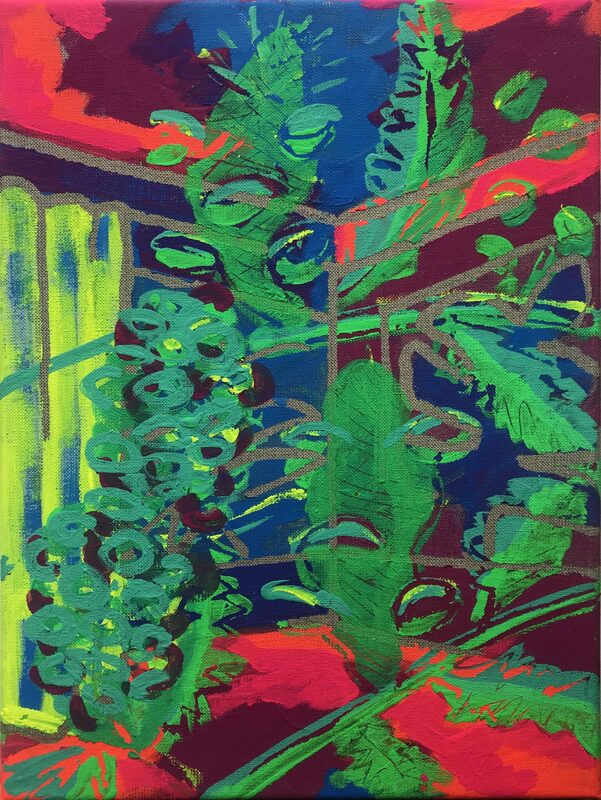 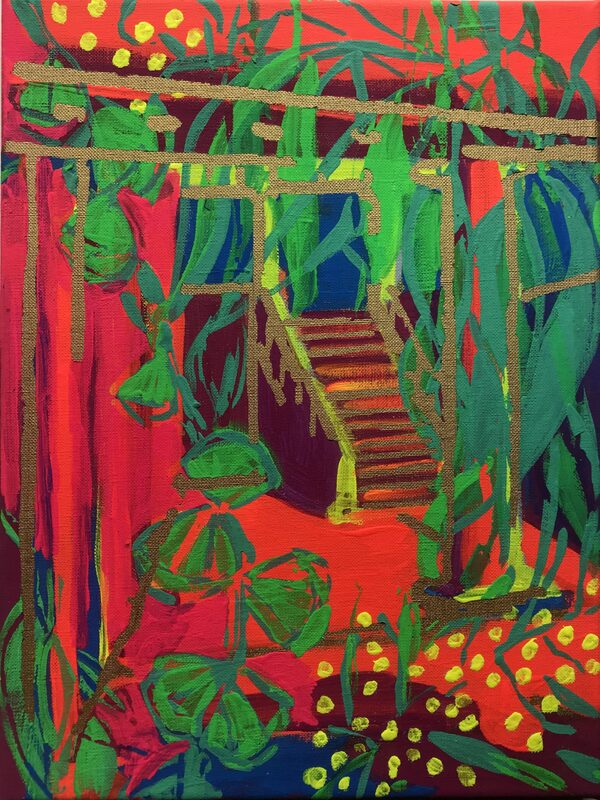 MYCELIA is about networking, hidden interconnections and ecosystems of success. Strangely, although we began planning this project more than two years ago, in 2020 it picked up on our current situation of living in Covid-19 times. Originally planned as a gallery show and residency collaboration it became an gallery show with an online exhibition and residency. A YouTube channel “Mycelia: About Networking as a Female Artist” was developed and which includes films, artist interviews, workshops and panel discussions that supported the real exhibition installed at PLATFORM München that people could not see.

German Tropical: What would this room be without plants? series.
My collaboration partner is Sandra Strēle and we each produced a body of paintings for the show which form part of our joint installation called “Tropical Exotic Network Express– Tropiski eksotiskā tīkla ekspresis”.

I focus on the “exotic” plants, playing with the idea of foreignness and going deeper into the problem of othering. I ask if we can transpose the word “plant” for “women”, as something out of place but soft in this former political context.

My part, “German Tropical: What would this room be without plants?” includes a series of eight paintings and an artists book. The series explores the residues of a political system still found in Munich. I shine a light on an ecosystems of power by drawing the architectural interiors of previous National Socialist buildings which have now been repurposed (detoxified) by becoming cultural institutions. By highlighting the exotic plants in these environments I wondered what invisible network they have. The plants are still displayed in these buildings (albeit not the actual same plants, well at least I don't think so) and they somehow represent an unseen interconnectedness across the epochs. Silent witnesses. They are living residue and an exotic cliche in their environments.

The work of Sandra Strēle also explore this cliche through a series of eight paintings where she deals with the topic of the “exotic”. She depicts soviet buildings as different real and fictional exhibition spaces overgrown with the plants that used to be used to decorate the interiors during the Soviet period in Latvia.