Artist book exploring with text and image the remnants of the site where Hitler's Berghof near Berchtesgaden once stood. 2018.
Bavarian State Library/Bayerisches Staatsbibliothek, 2019 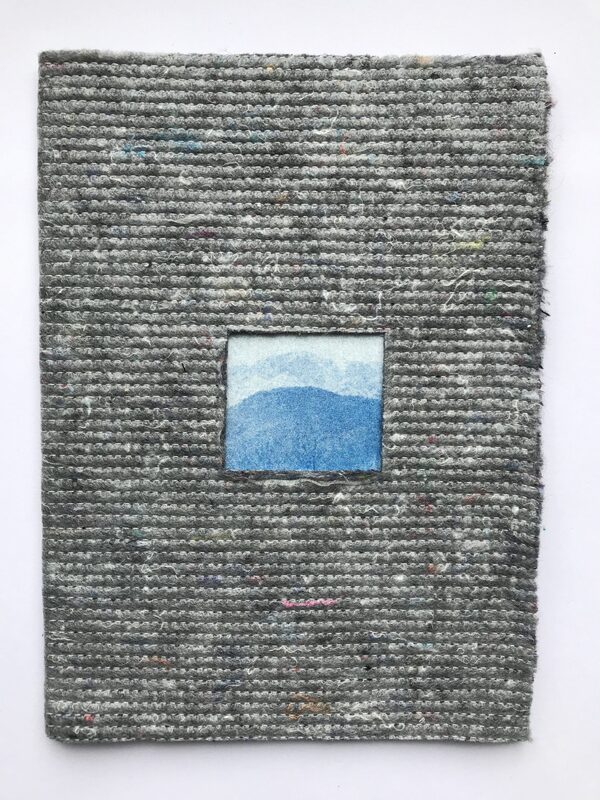 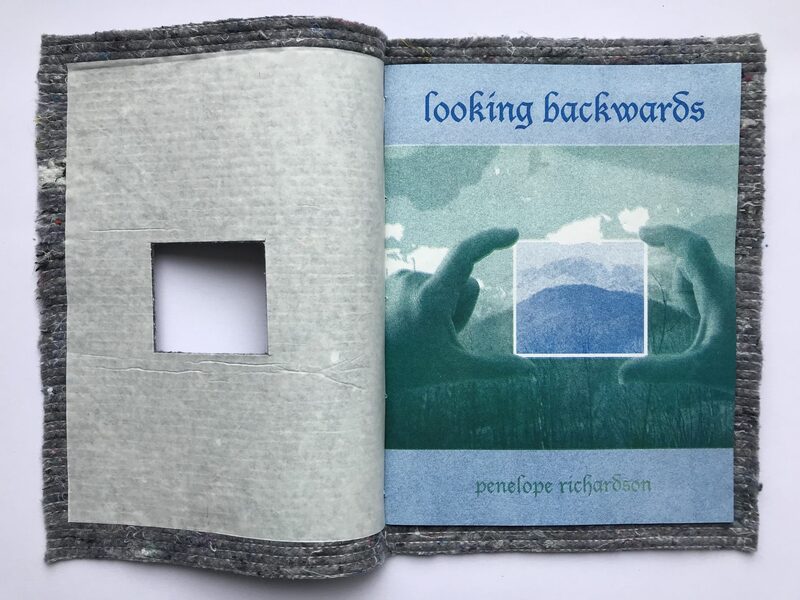 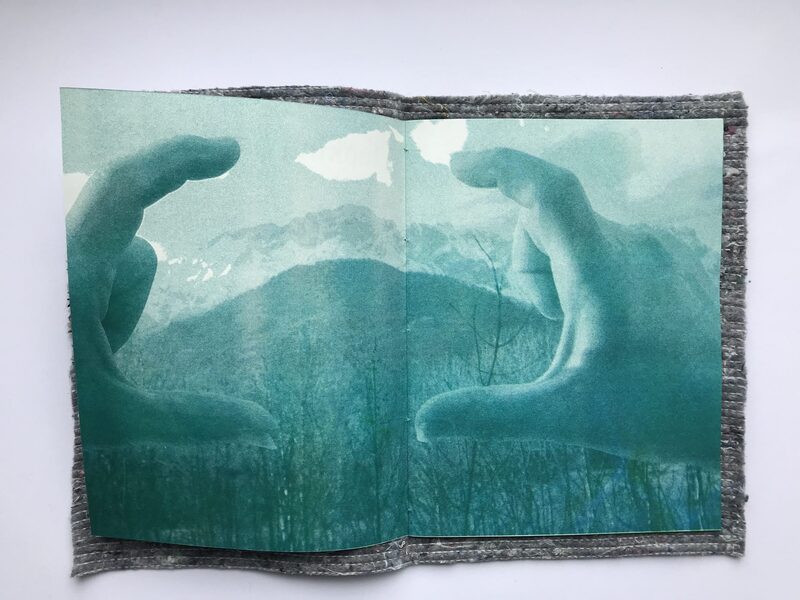 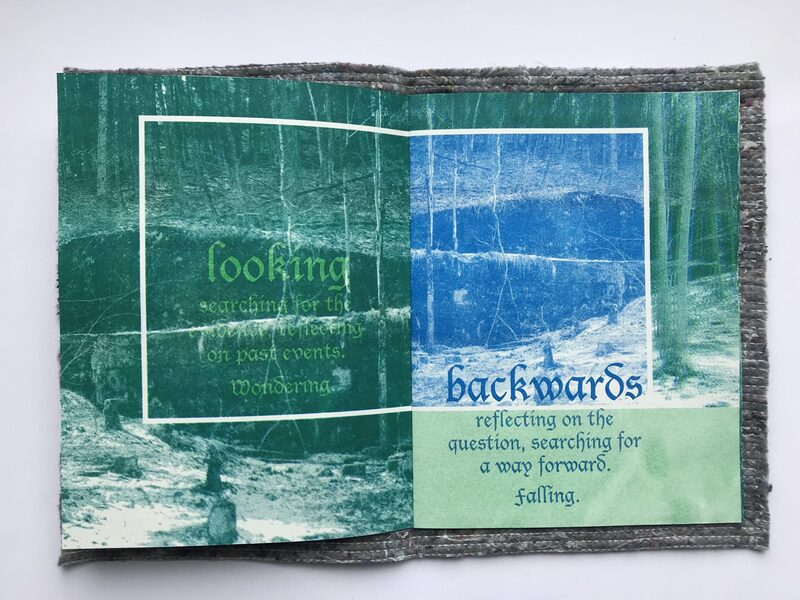 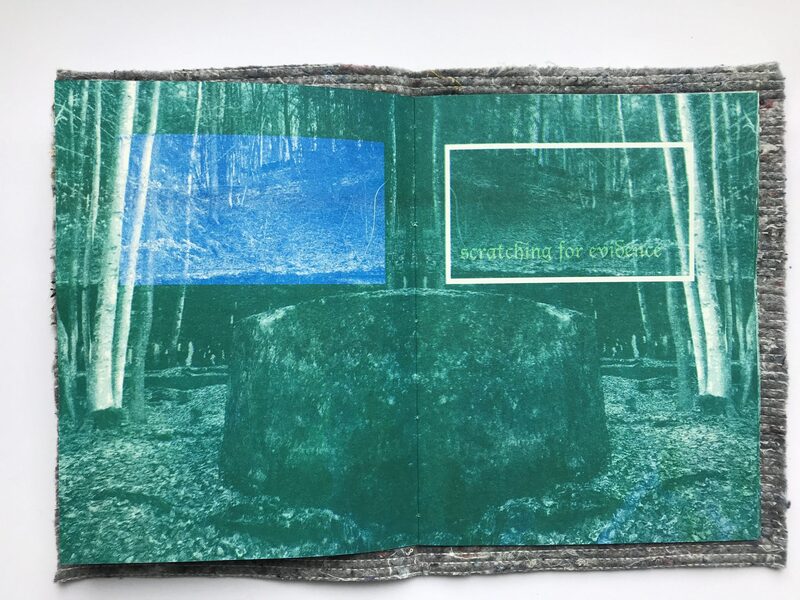 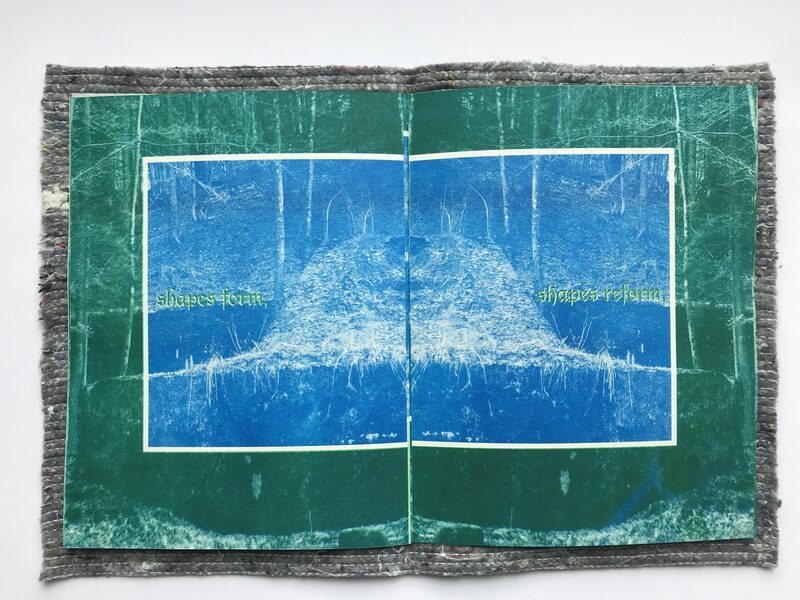 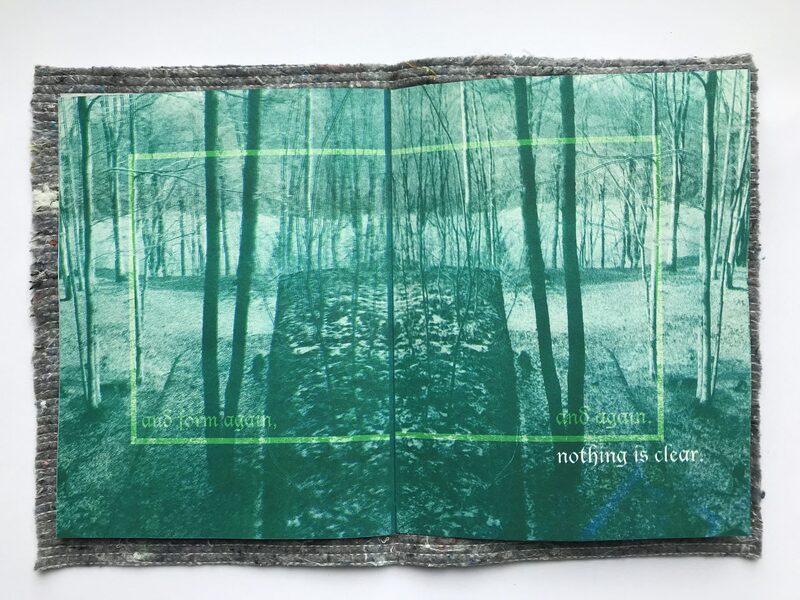 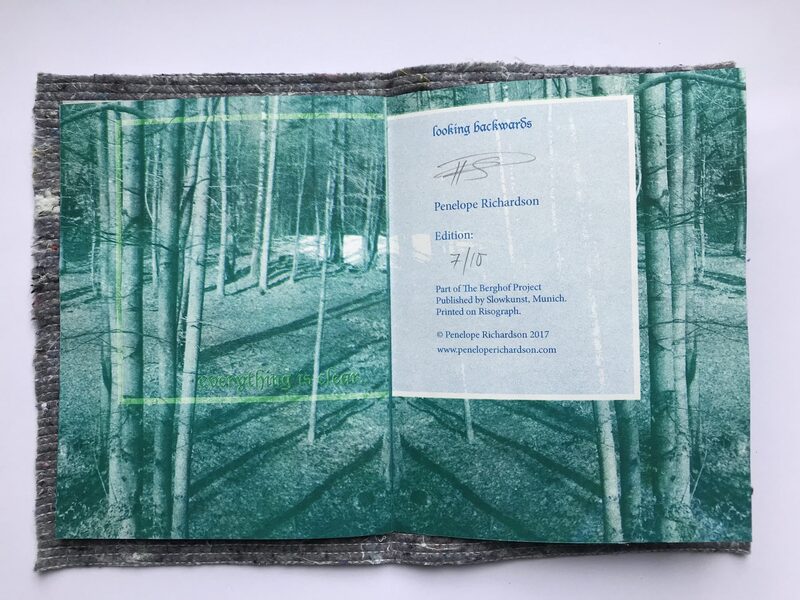 ​Looking Backwards is a handmade artist book printed using Risography. It is a poetic exploration of the remnants of the site where Hilter’s house ‘Berghof', near Berchtesgaden, once stood. The house was built in a traditional style on grand proportions and was the place where many important international diplomatic meetings took place in the lead up to World War II. During the war, the house in its idyllic location, became a symbol for the values and culture that the Nazi’s espoused. The building was destroyed by the Americans after WWII but some residual foundations of the building can still be found where it once stood. Slowly the trees have reclaimed the land. But it is still a highly contested site.

The book tackles the problem of the residues of war in text and image and is a meditation on place and history.